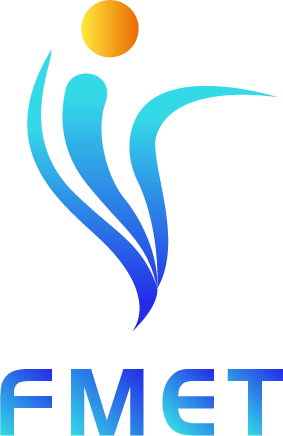 The 2rd International Conference on Financial Management and Economic Transition

Experience: Dr. Vilas B. Gaikar has been associated with H(S)NC Board's, Smt. CHM. College, Ulhasnagar in the capacity of Vice-Principal & Associate Professor of Economics for Sixteen years. He has Successfully filed and received grant on the Indian as well as international patents on waste water management, Crop Monitoring and Surveillance etc. Dr. Gaikar is associated with teaching Economics with the ‘Tashkent state university of oriental studies’, Tashkent, Uzbekistan. He is recipient of UGC- Travel Grant, Ministry of Human Resource Development, Govt. of India for presenting research papers in international conferences abroad and accordingly presented papers at the University of Harvard, USA (2014) and University of London, UK (2019). Dr. Vilas B. Gaikar is the member of various international organizations such as The International Health Economics Association, International Economics Development and Research Center (IEDR), International Economic Development Council (IEDC), World Economic Association etc.

Speech Title: Economics of global poverty: Past, present and future

Abstract: Poverty is defined as a state or condition in which an individual or a group lacks the financial means and necessities for a basic level of living. It is also termed as a situation in which one's earnings from work are insufficient to meet fundamental or basic human requirements. According to the World Bank, about 9.2 percent of the world's population, or 689 million people, live in extreme poverty on less than $1.90 per day. The condition of developing nations as compared to the developed nations is very problematic. Poverty, according to the Thomas Malthus, is unavoidable. In his words, It has appeared that from the inevitable laws of our nature, some human beings must suffer from want. These are the unhappy persons who, in the great lottery of life, have drawn a blank.”The majority of the world's population was extremely destitute two centuries ago. It was widely assumed at the time that widespread poverty was unavoidable. However, this proved out to be incorrect. Poverty can be reduced and economic growth is attainable. The globe has come a long way in the fight against extreme poverty. However, after two centuries of development, extreme poverty still exists for one out of every 10 people on the planet. This is what the metric known as the "international poverty line" emphasises: it plays a significant (and successful) function in drawing the world's attention to the world's poorest people. Today's poorest population is available in countries that have experienced slow growth. One of the most pressing issues of our time is the stagnation of the world's poorest economies. Millions of people will continue to live in terrible poverty unless something changes.

Experience: Gao Jing, Doctor of management, a young scholar in Bayu, has worked in Southwest University for 15 years. In 2017, she visited the Business School of the University of Birmingham in the UK, mainly research the ecological economics of rural regional economic development. She presided two national projects "Research on the mechanism and Countermeasures of returning home and entrepreneurship enabling Rural Revitalization"，and she published than 50 papers，4 academic monographs， such as《How Does the Land Transfer Affect the Income of Small Farmers: Logical Explanation of Ｒeason and Thousand Data Check》《Ｒesearch on Protection the Ｒights and Interests of Land-Transfer Peasant:Satisfaction Degree and Protection Strategy》 published on the journal 《China Soft Science Magazine》.

Experience: Dr. Chen obtained her PhD degree from the University of Hong Kong. Her research focuses on low-carbon economy, environmental management, and low-carbon agriculture. She has published over 20 journal papers on high-impact SCI/SSCI journals, such as Resources, Conservation, and Recycling, Waste Management, Environmental Impact Assessment Review, and Sustainable Development.

Abstract: The rapid development of industry, which is an energy-intensive sector, may lead to an increased amount of energy consumption. This study conducted a decoupling analysis between industrial energy consumption (IEC) and industrial economic growth (IEG) to identify their relationship. It was found that among the 114 studied countries, there were 32 countries where strong decoupling occurred during the period of 2000 to 2017, while that of others were yet to come. Further, the improvement of industrial energy output (IEO) was the most signicant driver for IEC, and population also played its role in IEC increment; the reduction of industrial energy intensity (IEI) was the primary inhibitor for IEC, and the decrease of industrial employment rate slightly turned the IEC down over the period. For promoting the decoupling and less energy consumption in the industry, it is suggested to improve the energy ef ciency, decelerate the industrial devel- opment, or shift the more energy-intensive industrial sectors to less energy-intensive ones, such as services. The study provides a global perspective for IEC reduction with the evidences of 114 countries, and its findings and policy implications provide the status quo and way forward for the countries aiming at reducing their IEC.